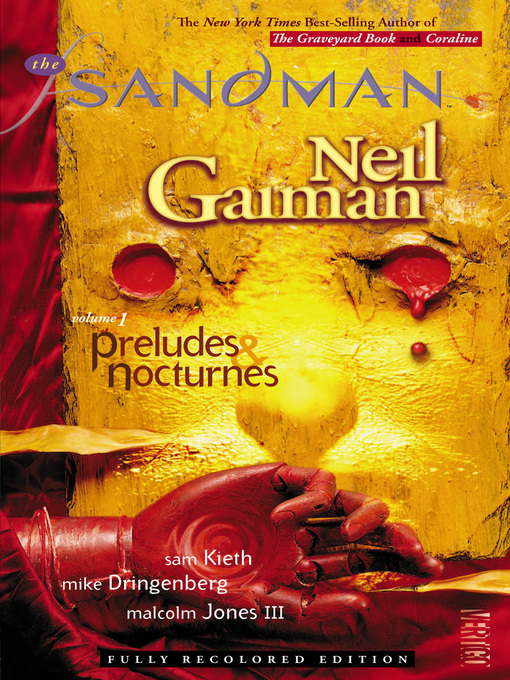 I love comics, so it should come as no surprise that I have at least one comic series that I reread when life feels chaotic. Those of you who know me well can probably guess what it is since it is the only comic book art I have tattooed on my body (for the time being). It is The Sandman written by Neil Gaiman and illustrated by too many wonderful comic artists to count (although I obviously have my favorite).

Spanning 10 volumes from 1989 to 1996, with numerous one-shots and expansions continuing to this day, you would be hard-pressed to find an avid adult comic reader who has not read The Sandman. The Sandman is revered by various storytellers, critics, and artists around the world for its universe-building, all-encompassing story and the fact that so many brilliant comic artists began or jumpstarted their careers by illustrating or collaborating on an issue. It certainly helped establish Vertigo Comics, which has since become one of the most popular mature audience imprints of a major comic corporation (DC Comics), along with many other popular adult comics at the time. All these accolades are justified, and I realize I am hardly an objective observer, but this is a review after all.

Categorically, Neil Gaiman is a storyteller who loves stories. It is a theme that shows up in so much of his work – the history of stories and the power of storytelling throughout history, from world religions to myths, legends, and fairy tales. There are books written about the themes of his books! It is the larger theme of The Sandman as well – where stories come from and their place in our world and reality. This concept is anthropomorphically personified through the titular character The Sandman, or Dream. His story that follows is cyclical leading up to the final events – sometimes there is a whole volume where you don’t see The Sandman at all, just minor characters whose elaboration becomes a bigger part of a bigger story. In some issues, you see his “role” in the creation of familiar stories and concepts – such as the myth of Orpheus and Eurydice or The Arabian Nights. This is what makes it an easy comic to just pick up and read – there are so many stories that can stand alone within it. It is also a series about the consequences of one’s actions and what the smallest action can lead to. All of this is fleshed out in characters that at first seem removed but ultimately have much in common by the end of the series. It is a story about the beginnings, consequences, and power of storytelling. While it is certainly for mature audiences, to me it is essential reading and it absolutely changed my life when I read it. Just this month, a full-cast audio version of the first three volumes of the comic was released in anticipation of a possible Netflix series. While I’m not quite sure where I stand on this, it is sure to be an interesting listen if that is more your speed.